How does Serenity Surrender Healing help? 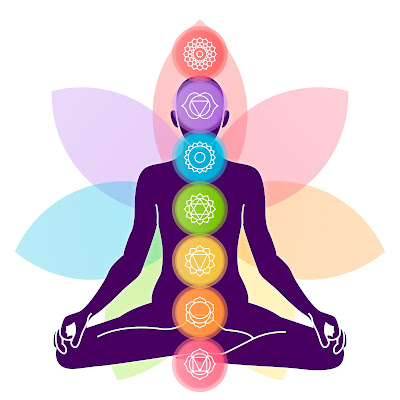 The core philosophy of Serenity Surrender healing is; one attracts situations as per the deep belief system which is formed in many lives we as a soul transited through.

Today, I am sharing an experience of Serenity Surrender healing-

Healing mode - Distant as she is in another city.

Challenge - Health issues impacting eyes and stamina. Some patterns in life which are since years like aversion from reptiles. Cluttered thought process since sometimes and some other concerns.

She explained her side on phone. After that, a subjective questionnaire is sent to her in which she had to answer few questions with all the elaborations she is comfortable to reveal, and taking her own time to revert.

This questionnaire was sent back to me by email after around 2 weeks where she mentioned that she got resistance to write the reply and thus delayed.

It is a natural response in most of the cases thus, I was anticipating it.

After reading the whole response, some patterns were marked which pointed the deep sub-conscious beliefs.

The first session was done. A summary of the findings and the beliefs healed was shared with her, and a review was planned after 15 days.

Within this period, it was reported by her that one day she slept a lot unusually for a day, and even it was difficult to talk to others due to the sleepiness.

An incident was mentioned that she also found some unusual objects at various places in house. Also mentioned that a known person met her and talked a lot about some tantriks who are involved in various practices, spirits etc. This was also an unusual meeting as it was bit uncomfortable for her.

First, she was assured that everything is on track. Unusual sleep points some deep alignment and few undergo such a phase which is temporary. It is a pointer of alignment.

I further checked it and found it as mentioned to her. My attention went to the unusual objects found in house.

The house cleansing was done. That was a negative energy attached with those objects. How did it come in house was another aspect of the story.

In cleansing process it was pointed that the house, the office etc are full of clutter and must be removed. Some blockages were indicated in kitchen drainage system.

A suggestion was made to look into the home library and give away the books and journals which are just in collection but not being read since years. Laptops, mobiles were also spotted having huge clutter. Office space was also had same blockage.

She took appropriate steps for all the pointers and gradually started working in that direction.

Second session was done after around 20 days.

Some of the connections of past life with the place she is living, her connections with tantriks and how she accumulated various guilt thoughts of previous failure, and why did she attract the unusual objects and, also why did she had unusual craving for food?

The session went smooth and summary was shared again.

A review was done again and following are her feelings - 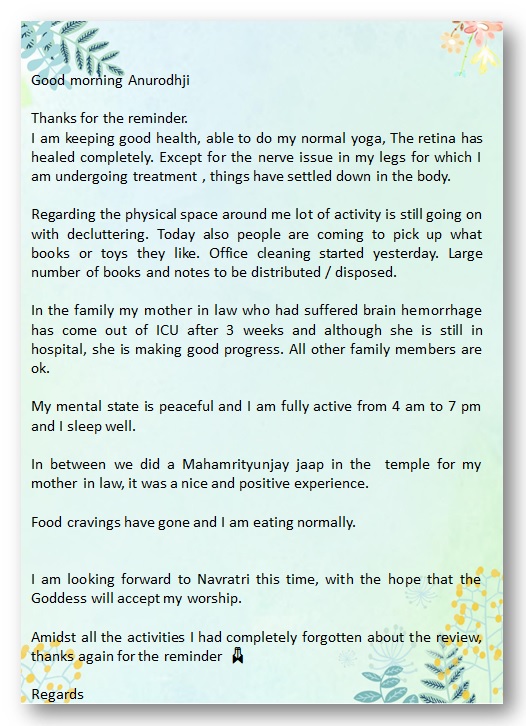 (a part is edited to protect the privacy of the person. A permission is taken from the concern person for sharing this story)